Hey, welcome to the second entry to Genokid's blog and 5th devlog!

It was about time for us to go through our GDD and make the necessary changes to accomodate for the current gameplay style, we're hard at work writing every detail we want to include so there are no more things left to imagination. We went over all character bios, designs, fighting styles, menus, narrative and all that boring stuff that's not really interesting to show. Thanks to this we can now work much more efficiently without getting lost in details or wait for the other to finish something.

NEW UI IN THE WORKS 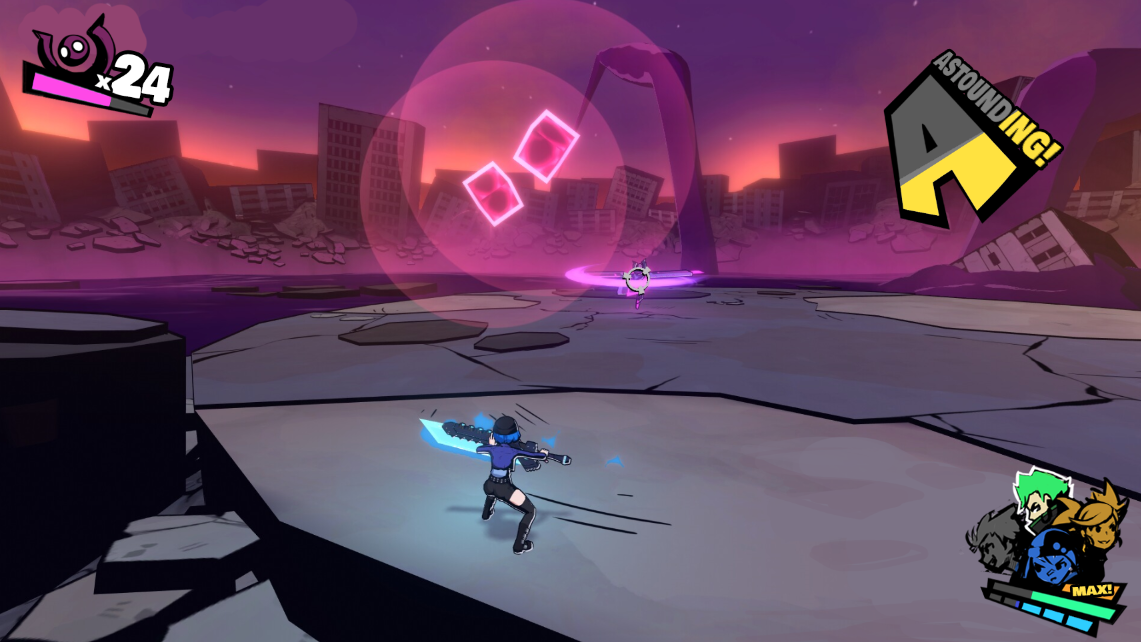 In order to make more clear which characters are currently on hold and which one you're controlling we decided to revamp the current UI, this is the latest mockup, it shows Green is being controlled and Red is out in the field and therefore unavailable (even tho its only Blue in the painted screenshot haha)
We wanted to make the enemy bar have follow a similar style to the protagonist's so we did just that, we think it's a cool detail to have both UIs on opposite sides of the screen but less intrusive that a fighting game's lifebars.
Oh and there's a little peek at the current idea for the Style Meter!

Kingdom Hearts 3's camera has some nice features we wanted to add to Genokids. Specifically how smooth it is and how it lets you focus a bit on the background aside from focusing what is close to you.
Before this, Genokids's camera was too focused on what's up close with abrupt rotations and movements that make the background sweep by, difficulting focusing on the scenery at all unless you stop moving. While not being able to glance so much at the scenery isn't a problem by itself, given we want to create cool backgrounds and maps, at least we want them to be easier to enjoy.

Fortunately, improving the camera's smoothness also improves glancing at what's afar, killing two birds with one stone. So, what changes did we make?

Changed parameters and reprogrammed some stuff so that the camera follows the character less proactively, a bit slower and with more smoothing. The larguest contributor to stabilizing the background comes from removing a feature that pans the camera laterally towards where you are going (like how some Mario games do) to show more of where you are going on the screen.

The automatic camera doesn't fight back continually when manually rotating the camera by not taking control automatically so soon and quickly.

Also, the camera tracks better the Sentinel and other somewhat big enemies.

When looking up the camera moves doesn to better show the character.

Screenshake! Dramatic kills! We are still experimentating with this stuff so it's very wip.

When not in combat the band's weapons will revert back to their instrument forms, here's a peek of how both look, still gotta make them transition heh.

Gotta boost those movement options! There's been a LOT of experimentation and iteration this past summer, most of it was scrapped and it'll never see the light of day.
There was some cool stuff there that unfortunately we can't show, rest to say, it didn't really click with the rest of the game or made it clunky in other ways. That said, there is stuff that will get into the game that we can show you right now!

Sliding down a ramp is now possible! If the ground has enough inclination, you can start sliding on it by rolling. If it's too step or slippery it will force you to slide it down. The animation is placeholder. Totally not taken from KH 3.

We've been interested in expanding the possibilities of the Chase by allowing it to target props in the scenery, this way you can traverse the levels in a much cooler fashion. So far you can jump towards lightposts and other tubular props but there might be more interesting possibilties in the horizon like bouncing between walls, we'll see!

We animate inside of Unity because of several reasons. I improved the animation window again (it already was in the past) with mirroring, cutting curves correctly support and wrapping (not completed) plus other QOL improvements that speed up our workflow (or simply make it possible to work with, thanks unity :3).

Some work has also been put into sketching the overall blocking of the scenes, some of which you'll see Soon™ and others that will make their debut once the game comes out. There's a little over 20 scenes in total, most of them are fairly short, we want to keep the narrative tightly packed so that it doesn't get too much in the way of your ass kicking experience. All of them will be rendered in a motion comic aesthetic like the stuff you'd see in Void Bastards. 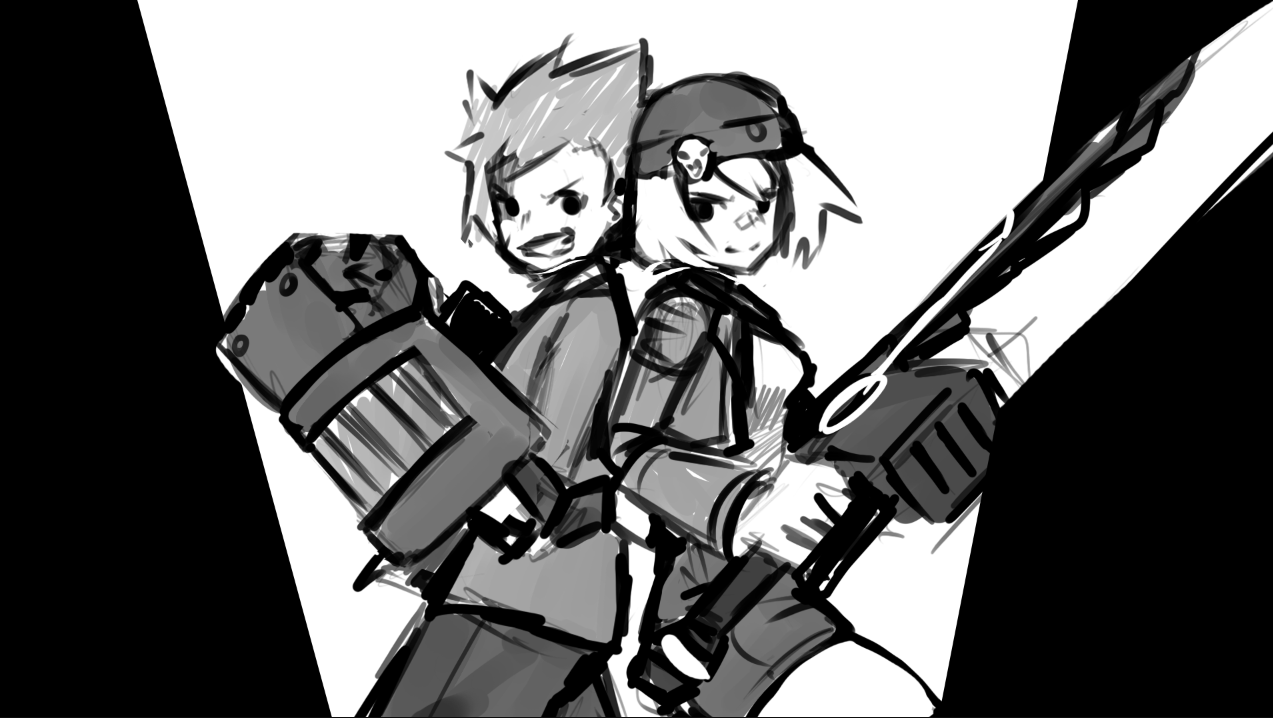 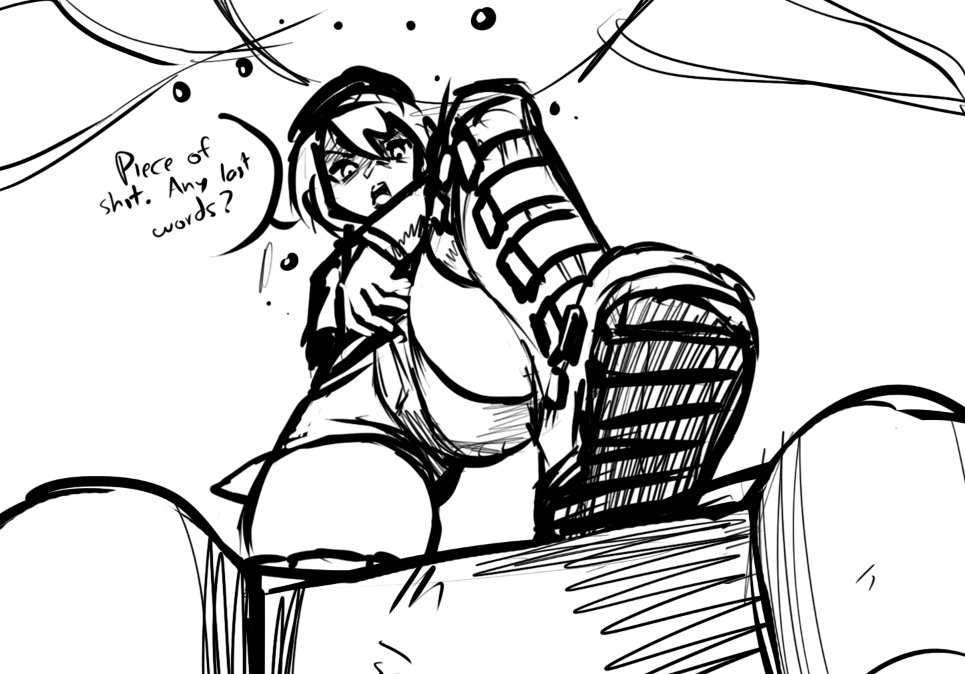 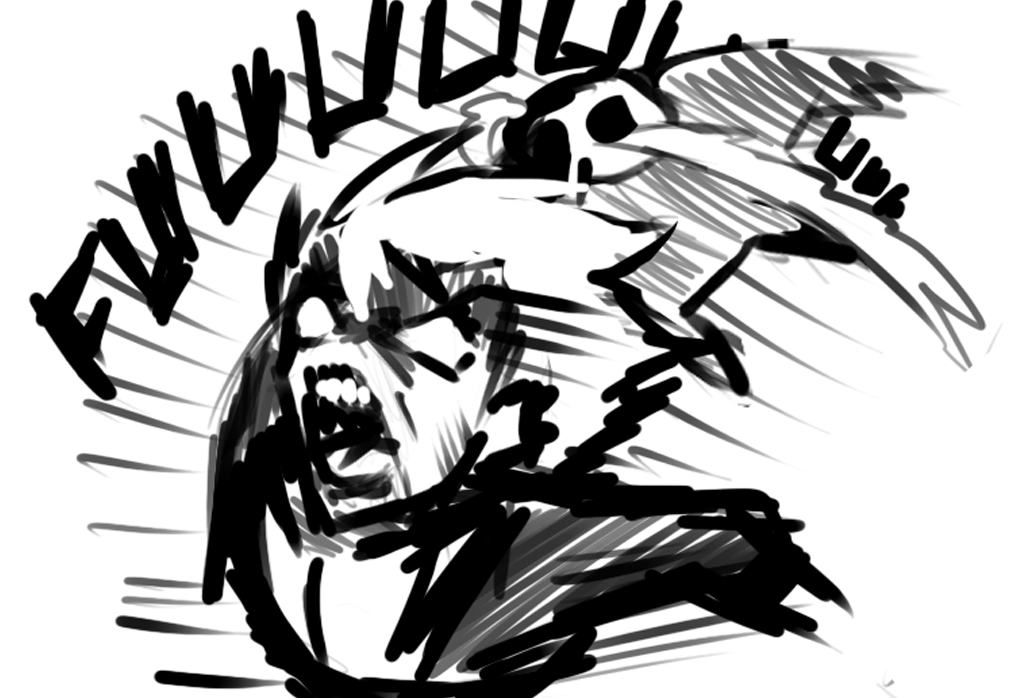 Lastly, we're holding a poll for patrons to decide which character to start working on first, Yellow or Green? Feel free to drop by and vote if you want to support us!

Thank you so much to all our patrons for their continued support, special thanks to: